When You’ve Partnered With the Wrong Co-Founder 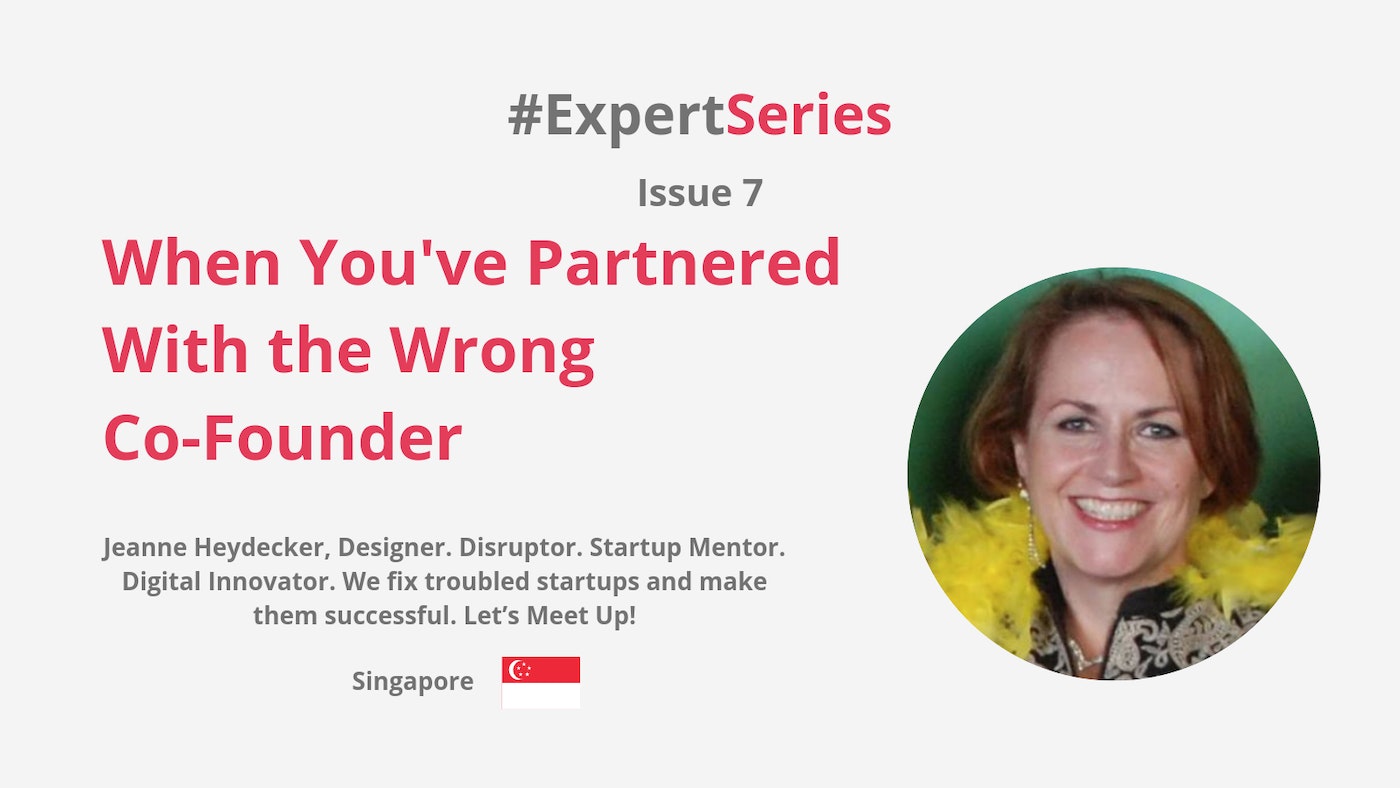 This article was authored by Jeanne Heydecker and originally published on the Woomentum network.

I’ve had to have this delicate conversation with certain founders. Sometimes the business model has to change or we need to start producing revenue and the co-founder is incapable or unwilling to accept the change. For example, I once had a meeting with the cofounder and the funder of a small startup that had a burn rate of nearly $13,000/month with revenues averaging around $800/month. There was a business plan in place that had been approved by the funder that would create a minimum of 3 times cost to company (CTC). Not great but far better than losing over $12,000 a month.

The cofounder stated that the other cofounder would never approve the new business model. She did not want members to pay for events which were attended by maybe 25 to 30 people every few months. Any non-members that wanted to attend should be free as well. Any non-members were called to become subscribers, which had a poor success rate. There was only one person making the calls and she literally had 10 to 15 people to call a month between lapsed subscribers and non-members registering at events. I once asked the cofounder if she were willing to work for free. She said no. I then asked her, “Then why are you asking for us to pay you when you don’t want anyone to pay for our services?” It all went downhill from there. She actively tried to sabotage the new plan and encouraged other people in the company to quit citing me as the reason. Hence, the meeting with the funder.

During the meeting with the funder, I gently responded to the cofounder, “Sometimes, founders can’t grow with the company and they need to be let go.”

He responded, “You can’t fire a founder.”

Both the funder and I said at the same time, “You absolutely can.”

He did not heed our advice and sought funding elsewhere by significantly inflating the numbers of paid subscriptions, number of events, etc. He recently received a six figure deal, but if he continues with the pre-existing business plan, they’ll be out of money by the end of the year.

When you’re running a business, you can’t run it with your heart. You have to keep your emotions out of it, at least until you have steady growth and income and can lower your profit margins to give back to the employees. I know he believes in the mission and his heart is in the right place, and I really hope they find a way to succeed, but this is a good example where VCs can see from the outside much more clearly than those within.